Ki Monastery is a Tibetan Buddhist gompa known to be the largest monastery in Spiti Valley, part of Himachal Pradesh. Seated on top of a hill, the monastery serves as a religious training center of Tibetan Buddhism for monks or lamas. Today, there are about 300 lamas who are attending religious instruction here. According to history, Dromtom (Brom-ston) is the founder of Ki Gompa. In the 11th century, Dromtom is a former pupil of Atisha, a famous teacher.

Many centuries ago, the monastery has been attacked by Mongols and armies. It also suffered severe damage from fire and earthquake. However, it was repaired through the efforts of the State Public Works Department and Archeological Survey of India. Inside, the monastery exhibits a collection of paintings and murals on its walls, an example of the 14th century monastic architecture that shows traces of Chinese influence. Also, Ki monastery keeps a collection of books, ancient murals and images of Buddha. 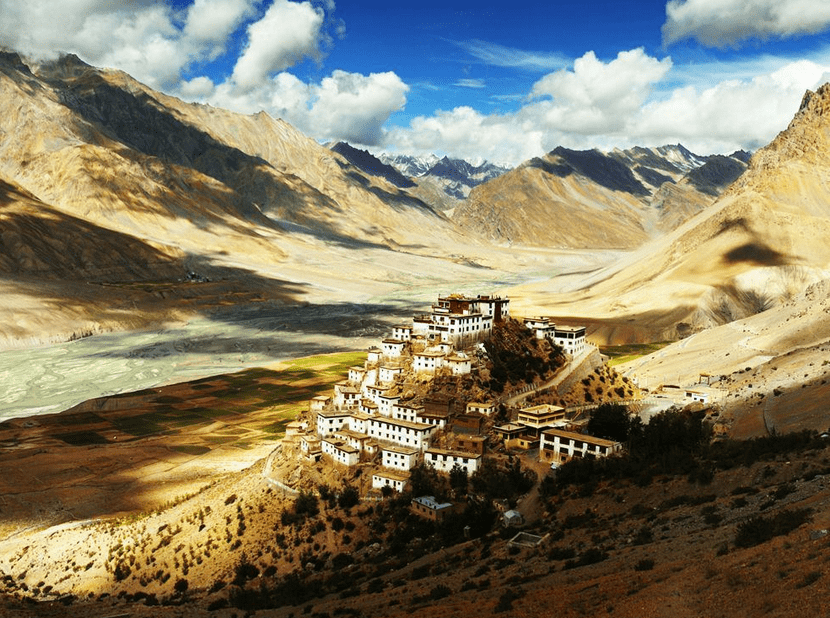 There are three floors inside the monastery. The first floor is the underground, which is used as storage room. The cells intended for the monks and the amazingly adorned Assembly Hall is found on the ground floor. Then, the monastery has one room named as Tangyur. This room is filled with vibrant wall paintings. At present, Ki Gomba is part of the Gelugpa sect to which Drangtse Monastery and Tabo Monastery also belong. These monasteries are all found in Spiti.

The monastery is only 12 kilometers away from the village of Kaza. Locals and tourists may go on foot, the trek may take 1 and a half hours but when you get there, you’ll be impressed with the stunning beauty of the place. The view of Ki Monastery’s temple structure is magnificent but the view above is even more awesome. The valley of Spiti is surrounded by glorious cliffs from which people can see the beautiful view beneath it.