Ahead of Tourist season, on tuesday, The National Green Tribunal order the Himachal government to ensure the ban on all diesel vehicles specially tourist vehicles to Rohtang Pass in three months time. Following the last year NGT orders, the local administration has already banned commercial activities like ATV (snow scooters), dhabas and Erecting tea stall between Kothi-Rohtang Road. Those permitted by Supreme Court order and Eco Friendly Himachal Tourism food stall would be allowed to run stall only. 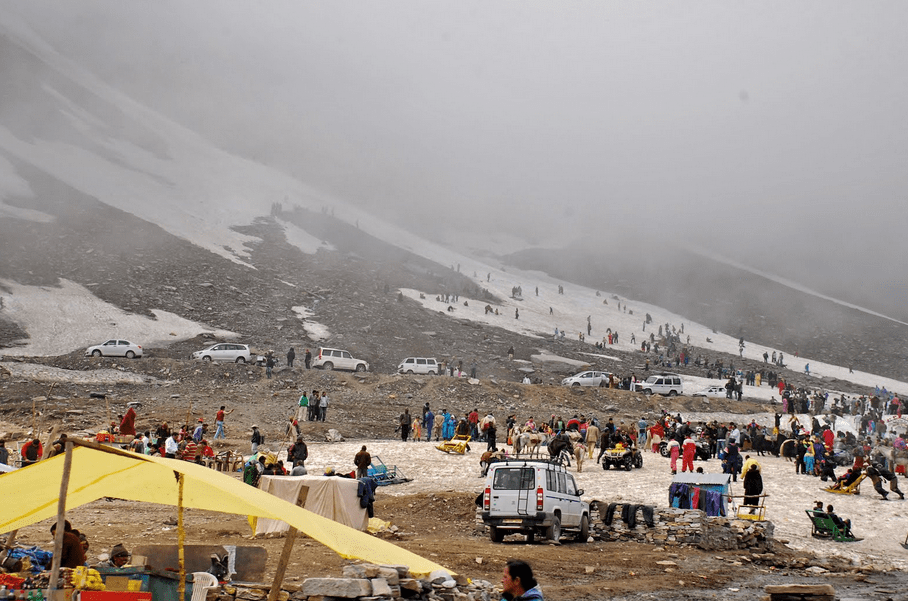 During its Hearing, The NGT also fixed the movement of vehicle on Manali-Rohtang highway. Now only 600 petrol vehicles and 400 diesel vehicles are allowed to run on daily basis. Giving some relief to the Government, The NGT order to charge the vehicles plying to Rohtang. Now the Driver will have to pay INR 1000 for every petrol vehicle and INR 2500 for diesel vehicle.

The commercial vehicle will have to pay INR 5000 every time they’ll take the route to Rohtang Pass. The local taxi operators want NGT to think again on its order, as it will make the local living hard.

However, the motorcycles are exempted from the orders. There are no sort of charges and limit on the no. of motorcycles movement on Manali – Leh Highway.

Update on NGT Order on Rohtang Pass on 1st June:

After 2 week long strike by the taxi union of Manali, they called of their strike within hours of NGT strike down it environment fees. NGT yesterday pulled back the environment fees of 1000 INR on Petrol, 2500 INR on Diesel and 5000 INR on taxi carrying more than 5 passengers going to the Rohtang Pass. However Order on daily limits of the car which is 400 diesel and 600 petrol powered is still there. Taxi union are now hoping that Himachal Government will do something on it.

After Supreme Court refuses to stay on the NGT orders, Court advise the union to go to the NGT with their plea. The NGT did remove the fees but daily limit is applicable. Tourist are now sleeping in their cars just outside the Gulaba check-post, so they can get early morning shot on permit. Still thousands of tourist are not happy with the orders and they are so disappointed as they left Manali without seeing Rohtang Pass. Some tourist even offering bribe to the Police. There are also some reporting of mishap between Police and some tourist group.

As for Now Taxi called of their strike and start plying on Rohtang route.

Plan a perfect itinerary for Ladakh

Ladakh Get The Outlook Traveller’s ‘Best…

How to Acclimatize Properly on Ladakh Tour to Avoid AMS

Reasons why your next adventure motorcycle tour destination…

Sarchu – A night stopover and place to remember

Pangong Lake – One of the most beautiful lakes

This website uses cookies to improve your experience. We'll assume you're ok with this, but you can opt-out if you wish. Accept Read More